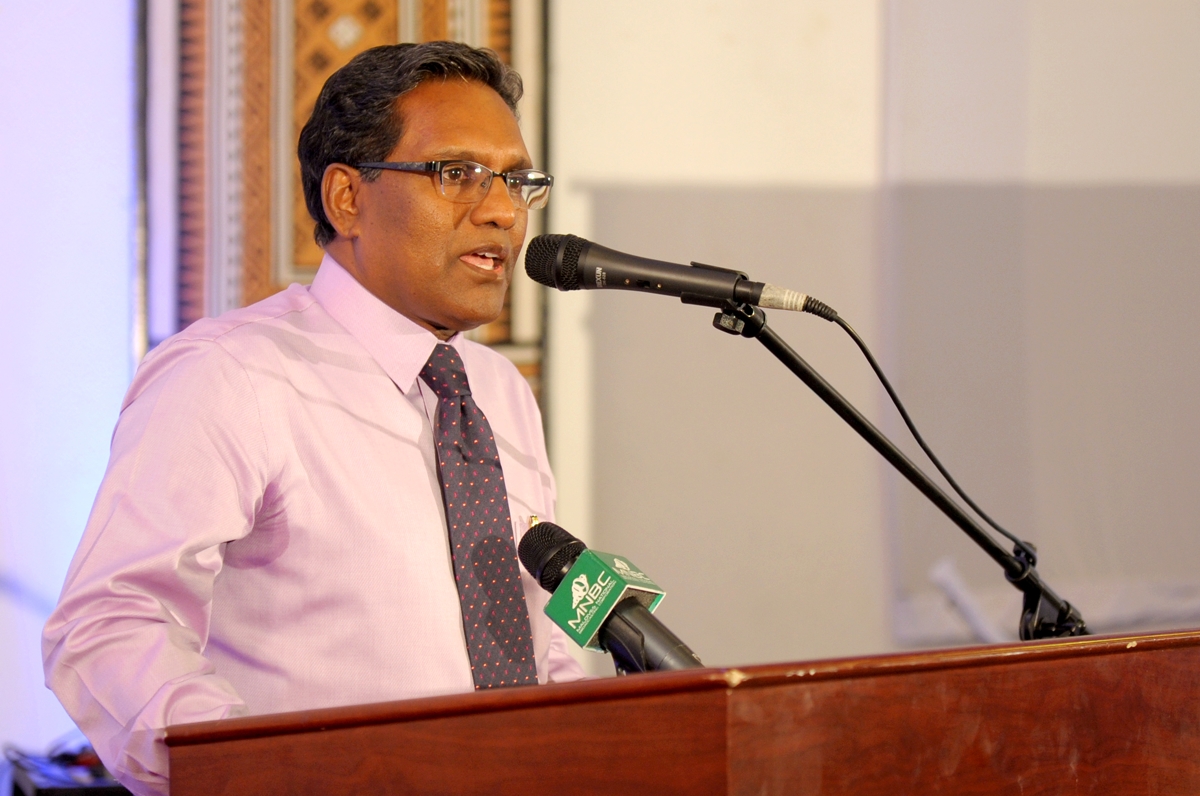 Vice President Dr. Mohamed Waheed has launched the “I Control My Brain” drug prevention campaign initiated by Journey, an NGO dedicated in helping drug addicts in their recovery, and in raising public awareness on drug related issues.
Speaking at the function held at Dharubaaruge yesterday, he commended Journey for its efforts in the country’s battle against illegal drug use. He also expressed his gratitude to all the benefactors of this campaign.
In his remarks, the Vice President highlighted that preventing narcotics and drug trafficking was one of the 5 key pledges of the government. He acknowledged the actions taken by all the government agencies, and other parties towards achieving a drug free Maldives, were in fact bringing about positive results.
Emphasizing on how challenging a cause it is, he reaffirmed the government’s commitment to its efforts to eliminate drug abuse in the society. Further, he called for the support and assistance of the whole society in the effort.
Speaking in this regard, the vice president urged the parliament members to make the necessary amendments and expedite the passage of the narcotics bill that has been presented to the parliament.
Furthermore, he announced the government’s plans to conduct a nationwide survey, this July, to find out the exact numbers of youth facing drug related problems, as the numbers were estimated to be very high.