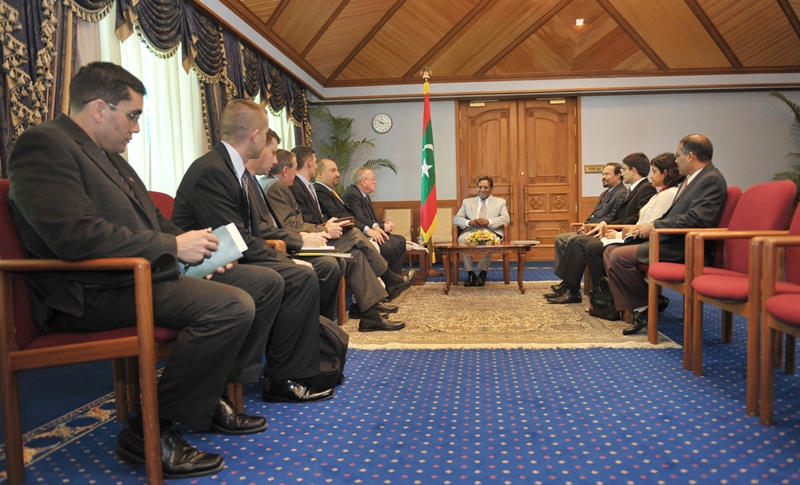 During the meeting held at the President’s Office this morning, the President highlighted the close and long existing relations between the two countries. He also expressed his gratitude to the continuous support offered to the Maldives by the US in the international forums.

The President further briefed the visiting delegation on the recent events that took place in the Maldives, and gave them an update on the progress made in resolving the political challenges. President Waheed also assured that the government was fully committed to upholding the Constitution and the rule of law.